History of
the Market

Bob Kreibel was a reporter, editor and columnist for the Journal & Courier for many years. He wrote the column, “Historical Lafayette” for 16 years.

The dedication in mid-October 1992 of the downtown sculpture “Farm Family” drew public attention to one of Lafayette’s oldest landmark blocks – the Farmer’s Market.

The late Alameda McCollough, of Stockwell, longtime curator of the Tippecanoe County Historical Association’s Fowler House Museum, researched the marketplace’s history for an article in 1975, and found some confusion. 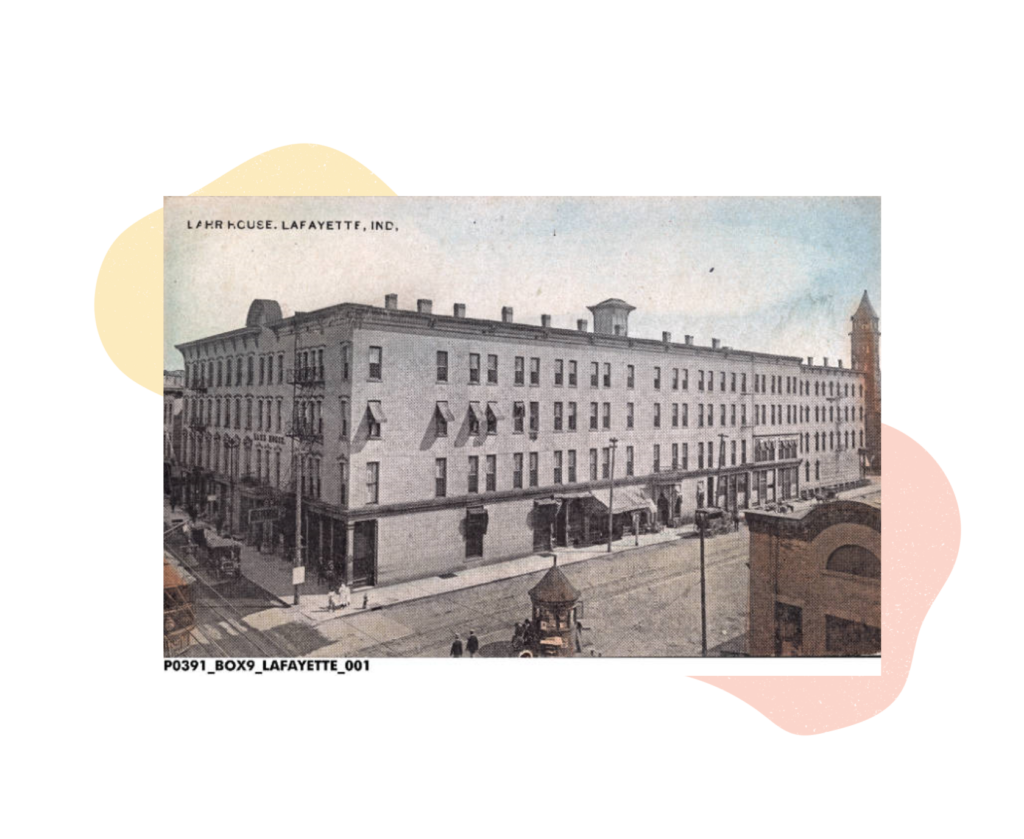 Provided by the Indiana Historical Society

“If one were to ask the eldest resident about the location of it [the Farmer’s Market] he would refer you at once to Fifth Street between Main and Columbia,” McCollough wrote. “A map published in 1854 confirms this. But confusion has fogged this fact in recent years. We may never know the exact spot it occupied. But 1970s sleuthing in the advertising of the town’s earliest newspapers points to the presence of an earlier Market House on the east [Fourth Street] side of the public square.”

A map drawn by Ezekiel Timmons in 1841 showed no designation for a public market place. But McCollough spotted an 1839 newspaper notice that the merchant partners “Moore and Huntsinger have moved from 2 Taylor’s Row to the east side of the public square, near the Market House in Commercial Row.” 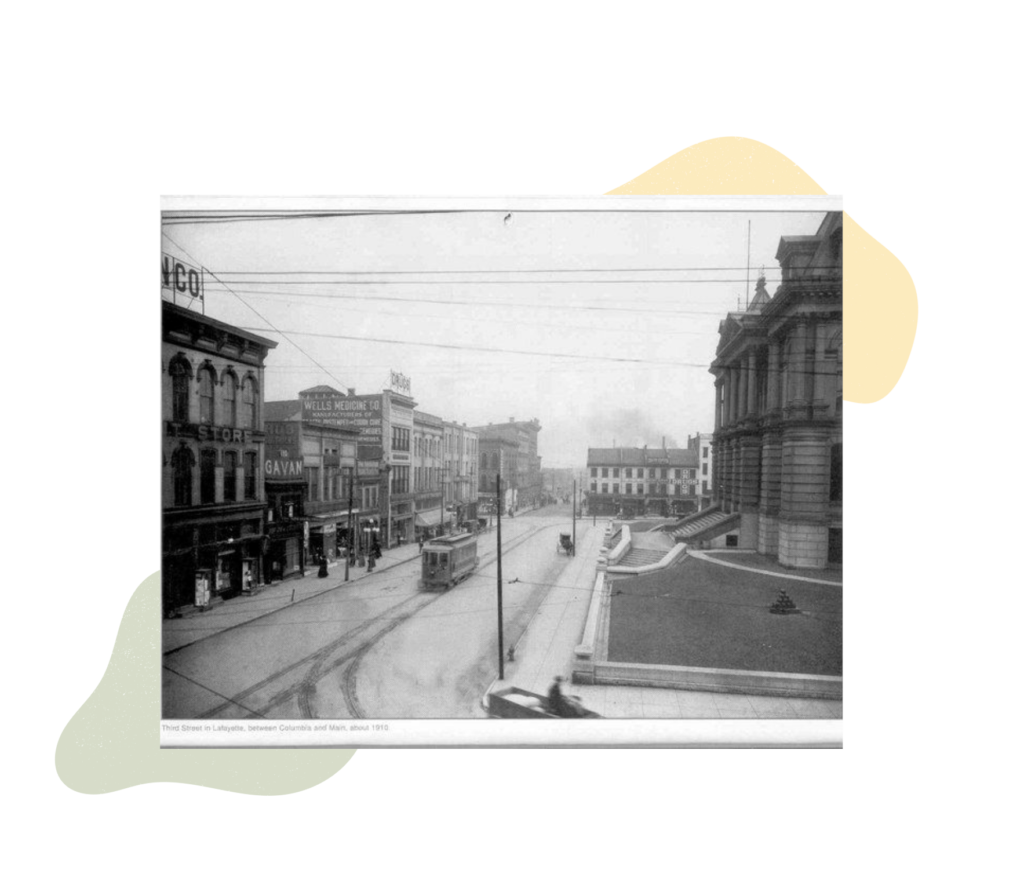 Third Street in Lafayette, between Columbia and Main, Circa 1910

And an 1840 item in the Lafayette Free-Press reported that merchant Daniel Ford was offering fresh meats to families and hotelkeepers and would keep in stock corned beef, cured hams, pickled pork and hog’s lard. When these items were not available in his regular stall, Ford told prospective customers that they were always on hand as his slaughterhouse on [Fourth Street] “a short distance south of the Market House.”

The Free-Press of April 25, 1846, told about action by the Lafayette Town Board to buy a strip of ground 30 feet wide fronting on [what is now Fifth Street between Main and Columbia. This would permit widening the public street, already platted as 60 feet side, into a 90-foot space a block long for a “market house” to be built for $936.31.

The structure was designed to accommodate stalls for vendors, public benches for customers, easy access for the public, with a two-story town hall in the center, with the second story of the hall to be equipped for a free school “and such other purposes as the wants of the town might require.”

The former marketing building on the courthouse square, at about the same time, apparently was developed as an engine house for one of Lafayette’s early volunteer firefighting companies known as the Wabash.

McCollough’s research further showed that the Farmer’s Market (on Fifth) became an important aspect of town life in those days, writing that “the town board was zealous in its supervision. Strict rules were rigidly established for its sanitation and inspection was frequent and stringent.” 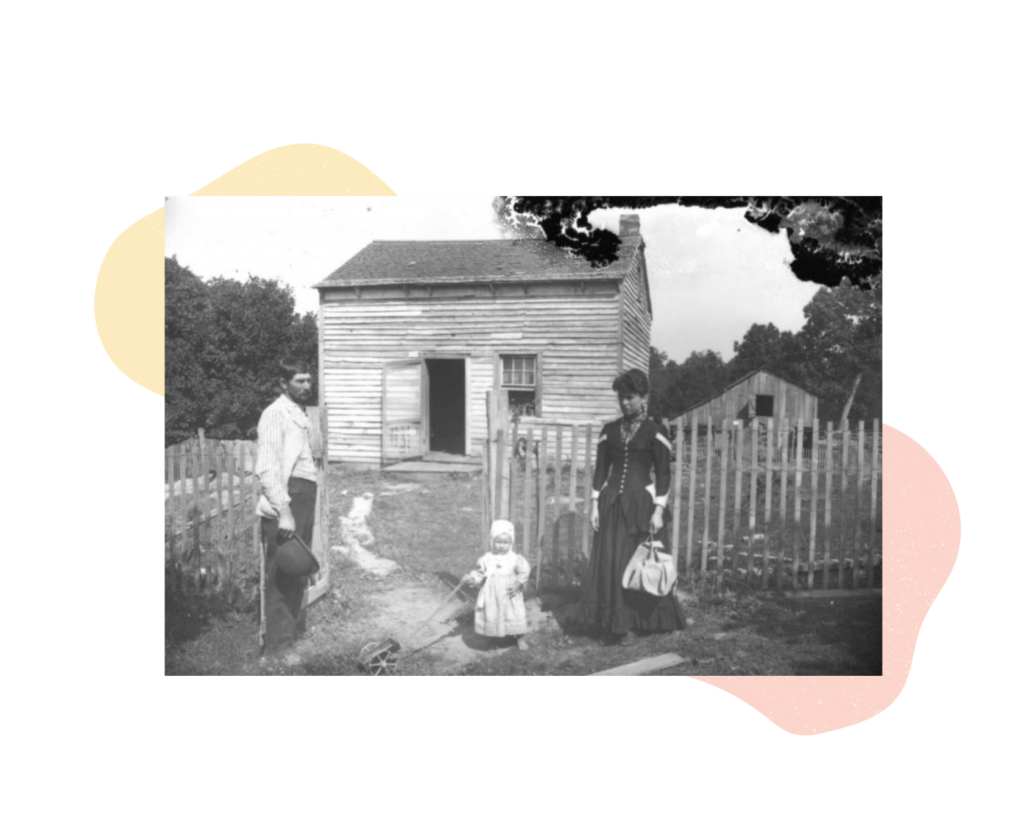 Because of the proximity of railroad tracks built along Fifth in 1851-52 and of the Lahr House and Tippecanoe House hotels nearby, the Farmer’s Market rivaled the courthouse square for a while as the “nerve center” of the city.

For reasons no longer clear, the Farmer’s Market strip of land sank into disuse according to working in a lawsuit filed in December 1885. This suit argued that Aaron and Florence Claspill, husband and wife, had deeded the 30-foot strip to the Town of Lafayette on April 19, 1847. A condition written into the deed required that the land “be and forever remain open as a public market space.” Otherwise ownership reverted to the Claspills. At least that is how the Claspills interpreted it. 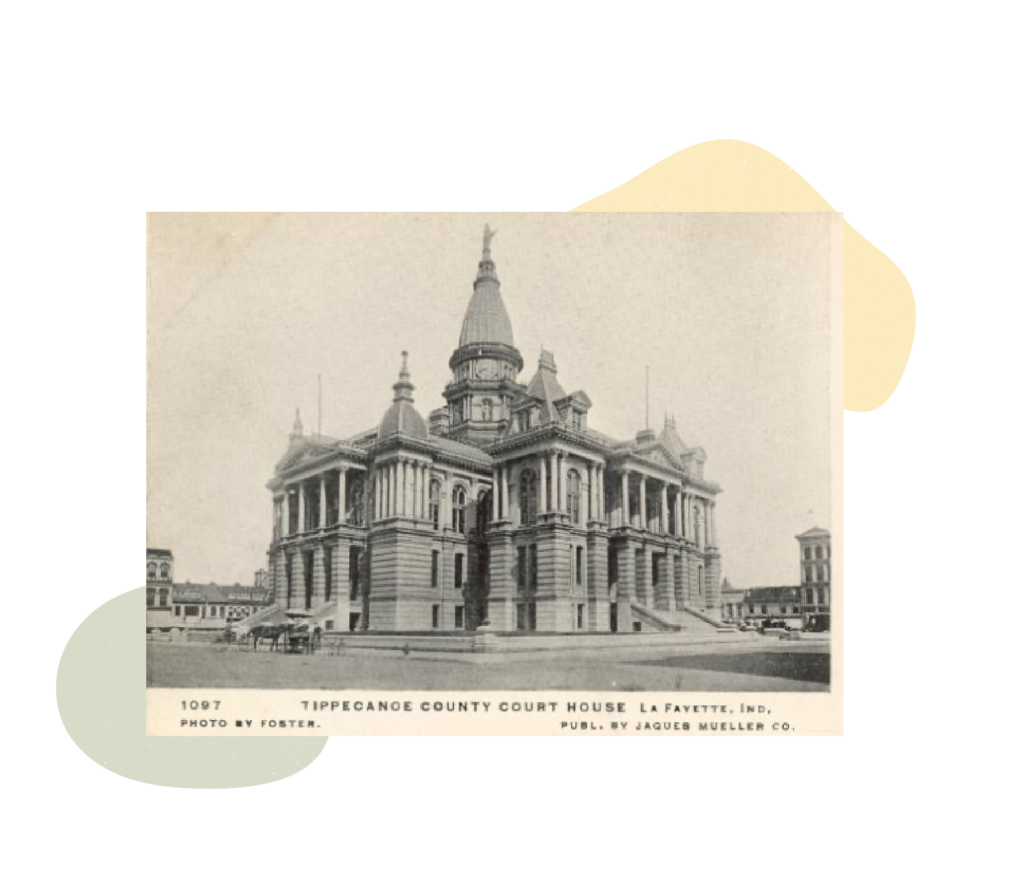 The 1885 suit contended that in about April 1876 the City of Lafayette (which had succeeded the Town of Lafayette as the official government entity in 1853) had torn down the marketing house as well as the public benches. As a result the marketing activity had stopped and the full 90 feet was being used as a public street.

Then in July 1878, the suit continued, the City Council made the block “a station for unemployed and licensed drays.” Drays were horse-drawn wagons, usually transporting freight, unloading or loading freight, or waiting to be loaded. As a freight year of sorts, the original Farmer’s Market block might be compared to a modern loading zone, taxi stand or bus stop – in any event a transportation hub. 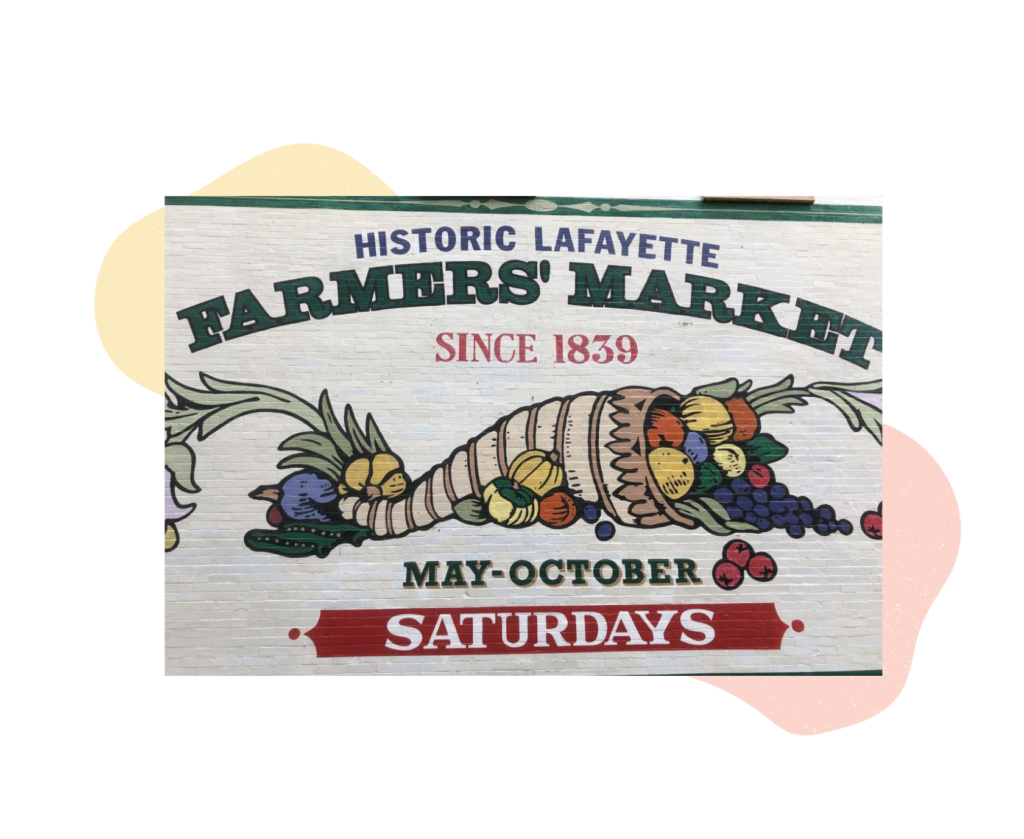 The lawsuit argued that because the original intent of the Farmer’s Market had been long abandoned, and because Aaron Claspill had died in 1880, the court should order the 30-foot strip of land ownership to revert to his widow Florence, their six children and three grandchildren.

One may speculate that as part of a settlement the City agreed to move the dray station and restore Farmer’s Market operation.

Make sure to sign up for our newsletter and follow us on social media for the inside scoop on the Farmer’s Market.